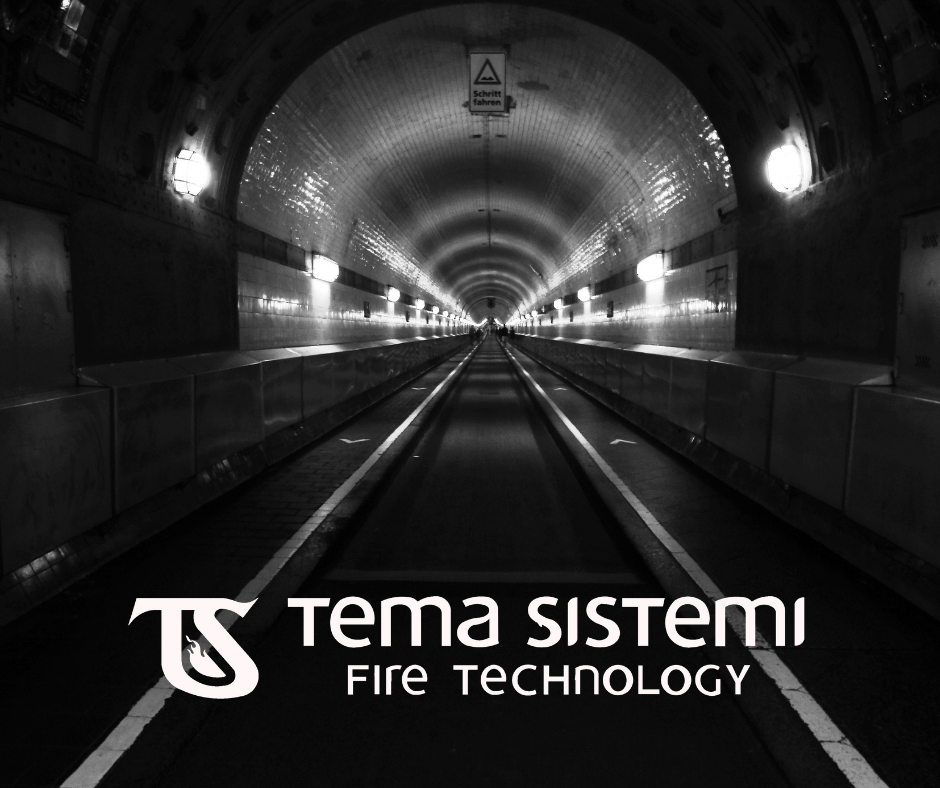 The outbreak of a fire inside a tunnel can have disastrous consequences.

Flames, if not immediately controlled, can cause the collapse of the structures with consequent difficulties of evacuation and considerable loss of life.
In order to avoid this problem, Tema Sistemi, in collaboration with the University of Salento, has developed an innovative solution that guarantees the protection of the structures through the implementation of “SANDWICH” panels installed as a coating of the concrete.

The concrete is a non-combustible material, but when subjected to very high temperatures it loses its resistance properties, generating the phenomenon of “spalling”, i.e. the detachment of layers or pieces from the surface.
In order to avoid such scenarios, the company has developed a coating for the vault of tunnels with an active-passive hybrid system containing modular panels of light metal.

The system consists in an external layer of passive panels, made of insulating and refractory materials, and an active inner layer that uses a Water Mist protection system.
In particular, the active layer consists in a metal box, inside which there are two volumes separated by a flexible septum containing a low boiling liquid, which acts as a propellant, and a mixture of water and wetting agent.
The system develops an “intelligent” response, since the heat produced by the fire causes an increase in volume due to the evaporation of the propellant and therefore an increase in pressure that causes the expulsion of the extinguishing mixture and consequent atomization.

In this way it will be possible to cool the structures preventing the possible collapse of the vault.

Give a Reply Cancel reply